“Frazer was not interested in studies. He didn’t want to come to school or be attentive in class,” say the school Headmistress and Frazer’s 4th standard teacher. He was a child whose attention was always elsewhere – in the occasion that he did come to school. He daydreamed often and, when that bored him, he disturbed the students in the back of the classroom. Other than Mathematics, Frazer didn’t pay attention to his teacher’s lessons, especially in language classes, as he had a tough time writing well.

“My least favourite subject is Konkani,” Frazer says, “because I don’t like to write it.” Frazer smiled sheepishly when his teacher, Sister Soccorina, admitted that there was a time when he didn’t study much or attend school regularly. However, it was only when teacher asked him about his hobbies
that she realized his talent. This discovery defied all assumptions about his intelligence. The “My Hobbies” activity’s goal is for students to express what they like to do in their free time. These hobbies, when shared, allow students to learn new things about their peers. Sister told her class that the next Mulyavardhan lesson would be on hobbies, so Frazer brought an electric toy car that he had built from the wheels up to show. Everyone then realized that he has a serious knack for building electrical toys and gadgets. Frazer made his first gadget when he was only seven years old. He observed his cousin making a blue torch light and made one on his own. From then on, he would learn through observation. He is most proud of the time he installed a Bluetooth in a mobile phone. His mother, a panch of his village, is really supportive of this hobby. “Even if he gets a brand new toy, he breaks it apart to learn what’s inside,” she had said to his teacher. Whenever Frazer asks for scrap material for his new project, she would buy it for him. When he came forward to share his creation with his partner, Sister and his peers were amazed. He received acknowledgement and appreciation from his teacher and peers – the opposite of what he was receiving before – and this boy started coming to school regularly. He started listening to the teacher and becoming more interested in what she was teaching. Frazer’s change in perception about coming to school is derived from his new found self-confidence. He is good at something and everyone knows it! He has gained a bit of popularity, as his friends have now lined up to learn how to build these gadgets from him. Some have even built toy cars from YouTube video tutorials to impress him! This is a stark change because Frazer was bullied in lower standards. Though the reason for this teasing was unknown, he became a shy child afterwards. “He never used to fight back,” says his teacher. “I just sat quietly [when they teased me],” says Frazer. The bullying impacted him in many ways. Standing on stage in front of the school for morning assembly was a nearly impossible task for him. But now, after all the encouragement, he has no fear. When he was asked “What does confidence mean to you?” he replied, “It means being on stage in front of everyone!” Frazer is proud of his hobby and his newfound social status in the classroom. He now sits up straight, looks everyone in the eyes, and speaks without a wavering voice. He has defied even the HM’s perception of him, as she is impressed by his talent.“These are things that we teach in the 6th standard, and he has been learning them since he was so young!”
she says. His teacher has understood one of the basic tenets of the program after observing this entire change in her student. She now has a stronger understanding of what it means to be a child-centred teacher.
“The teacher-student relationship must be stronger than teaching the subject matter. Even the most difficult topic can be made easier if there is a good relationship between the teacher and student,” she says. She has reassigned Frazer’s seat to the front of the classroom, so that she can make him feel more involved and monitor his progress in writing. She also asks him to share his thoughts often, and through all this, she is collaborating with him for his academic success. However, Konkani still remains his least
favourite subject! 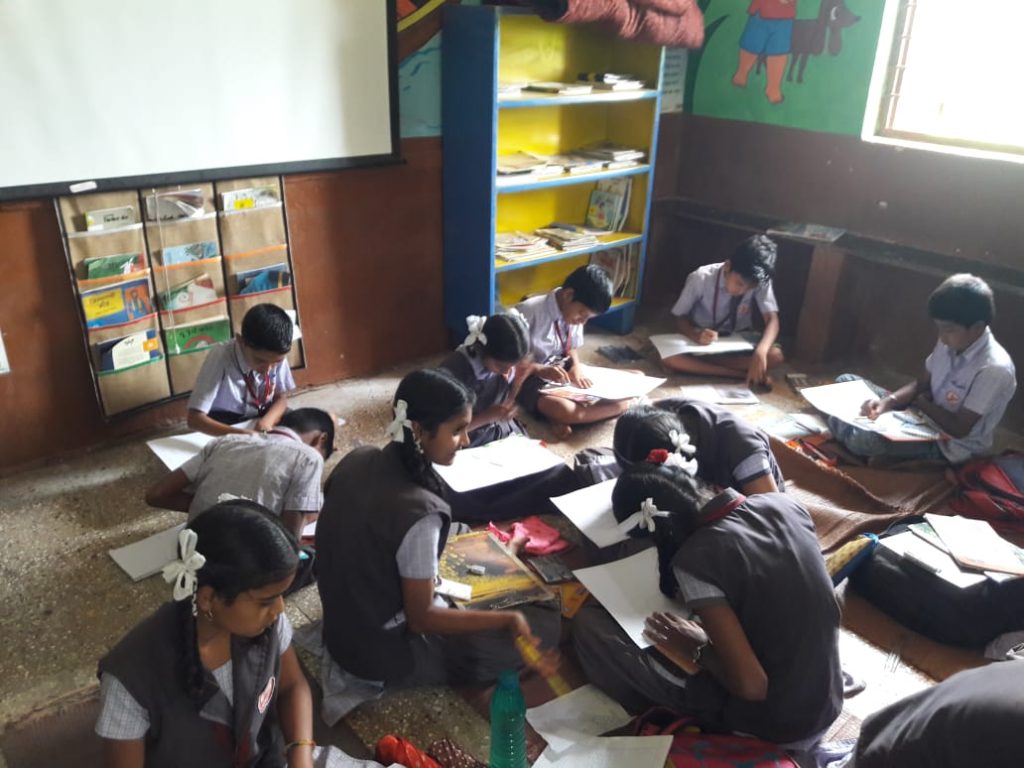 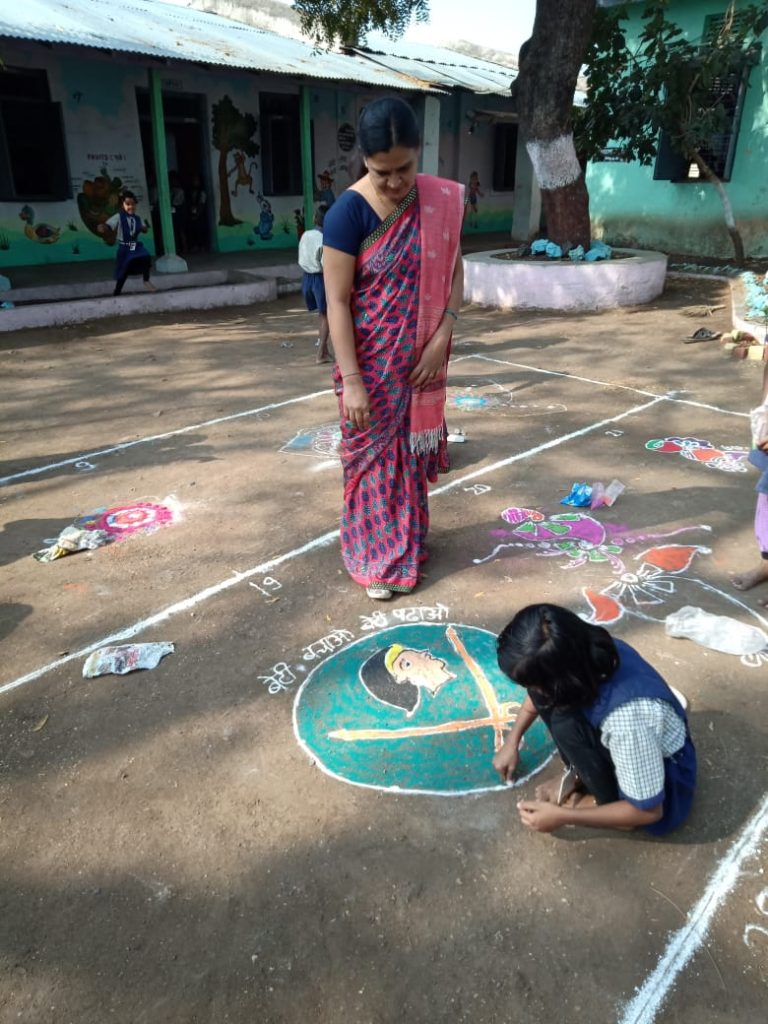