The Mulyavardhan – Govt. of Goa (MV-GoG) project is the result of keen interest shown in Mulyavardhan program by education policy-makers of Goa since 2014.

which was implemented in the state’s government schools from 2007 to 2011 at no cost to the government, the Chief Minister of Goa announced the government’s intention to implement Mulyavardhan in the state assembly in 2013. Subsequently, the State’s Director of Education and the Chairman of the Goa Education Development Corporation (GEDC) paid a visit to the BJS head office in Pune to understand the programme in detail. Later, BJS’ Mulyavardhan proposal for Goa was also approved by GCERT in August 2013. 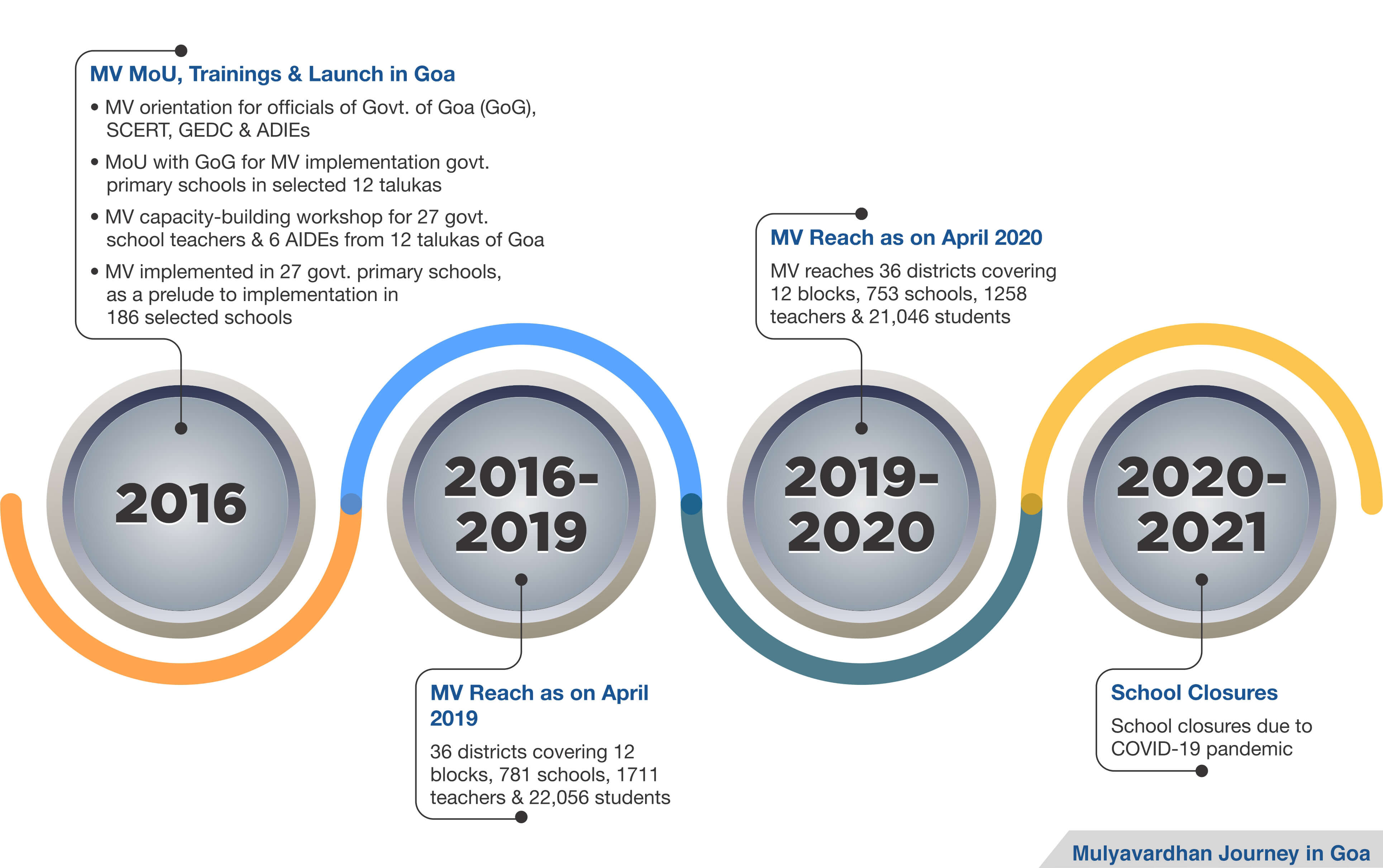