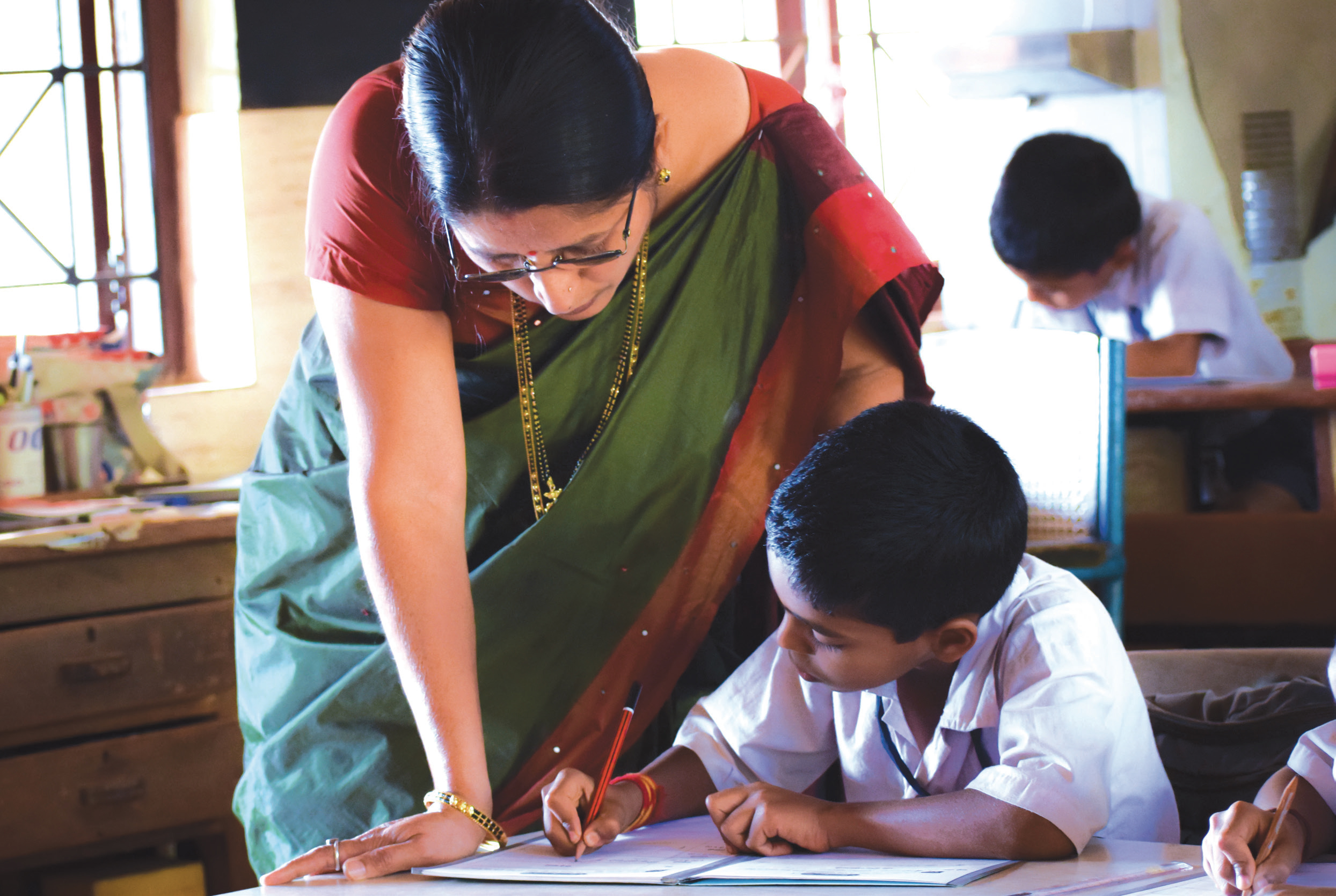 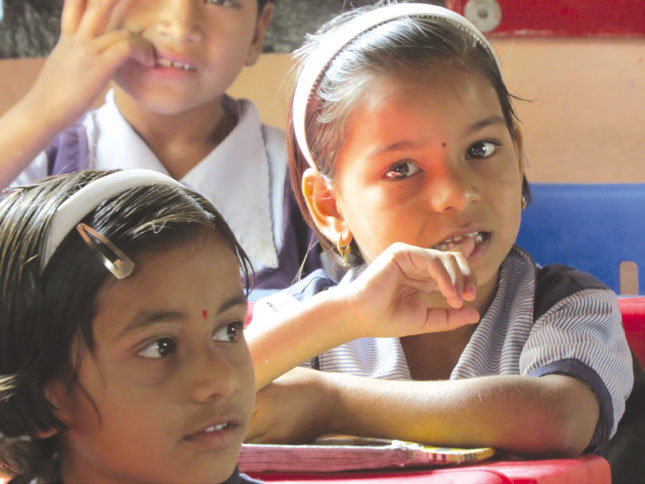 In the primary school age, children are rapidly changing and growing, psychologically, physically, and emotionally. Mulyavardhan’s role in this age
group is to provide a space for them to express just a sample of the whirlwind of thoughts in their minds. Of the hundreds of thousands of students with “MV” written in their timetables, many have been
unconsciously affected by it and have grown from it, even in the smallest of ways. Cajetan is one such boy who has been positively impacted by Mulyavardhan. He wasn’t always so expressive, involved, and cooperative, as he was in the anecdote above about the cricket match. “He used to have a stammering problem and wasn’t comfortable talking to anyone,” says Gauri. He went to speech therapy from the 1st to 3rd standard. His
inability to express himself, along with his experience with an unpleasant teacher in the 2nd standard made Cajetan an angry child who lashed out at
other students. He preferred isolation because he was misunderstood and self-conscious about his stammering.
“He used to get so angry! Always saying ‘No! I don’t want to!’ at home, whenever I used to ask him to do something,” says his mother. But he has changed a lot in the last two years and Mulyavardhan has played a part in his growth. He no longer goes to speech therapy, as he is now able to speak properly. This change is huge in the eyes of his teachers and his parents. However, his anger is still evident and he still has some shyness leftover from his days of being hesitant in expressing himself. Gauri is giving
him opportunities to develop his self-confidence and teaching him how to manage his anger, by often giving him individual attention, even in her large class of 46 students. The Mulyavardhan classroom has especially become a space for her to address these issues. Collaboration and self-expression are important pillars in the Mulyavardhan curriculum. Through group work and think-pair-share, Cajetan has a chance to develop
social skills and stand up in front of the class to share his thoughts.
“He really enjoys discussing the day’s topic in his group. Sometimes he gets really excited and hyper so I have to tell him ‘Cool down!’ He used to be shy to come in front of the class, but now I always encourage him to share. He feels really happy when he shares.” “Mulyavardhan gives students a lot of chances to speak up and share. He became more confident over the year and used to be happy to share. He became

friendlier with other students. He liked group work and other student supported him.” says Sheila. “They clap for him when he stands up to share.” says Gauri. When he was asked if he has friends now, he gave an
enthusiastic “Yes!” “Yes, that Supriya is your friend, right?” asks Gauri,
with a smile, teasing him. He looks down at his feet and shakes his head, turning red like a tomato. Mulyavardhan games help Gauri address Cajetan’s anger. “He’s not so angry anymore, but he still needs to
cool down sometimes,” says Sheila, his 3rd standard teacher. 3rd standard was his first year with MV and she was able to witness how he became stronger as the year progressed. “In Mulyavardhan, one lesson was especially helpful. One day we played a game and Cajetan lost. He was upset and angry and didn’t want to play any more games. So I told the class that ‘Whenever you are angry, you must calm down and say sorry if you hurt
someone.’ The next day they played another game and Cajetan lost again.
“Are you angry, Cajetan?” asked the teacher. The other classmates intervened and told her that Cajetan didn’t argue or fight with them.
“No, I cool down,” he responded and he also said sorry to one of his classmates, which he is doing more frequently. Cajetan is a boy who needs reinforcement to flourish. His peers are supportive and they encourage him to play with them. Gauri is also a great guide for him. “I talk to him like I’m his mother. He has had strict teachers before and he even bit one! He needs a lot of attention so I try to involve him as much as I can.Even the parents are seeing the difference at home.” The Mulyavardhan curriculum has had a small role in Cajetan’s growth, but the teachers at Our Lady of Perpetual Succor School conduct activities consistently. They give students ample time and space to express and work in pairs and groups. However,
the teachers are worried for Cajetan because next year, each subject will have a different teacher. They wonder if he will receive the kind of attention and understanding that he is receiving now.